We have been helping the vulnerable in our society for many years. We take responsibility and commit to social projects. We are particularly interested in helping children, but give aid to other groups as well. find out more

Educating children and young people is a key issue for society. That is why we sponsor schools and kindergartens, focusing on education and growing up. These resources open up more possibilities for teachers and educational staff. find out more

Staying active and playing sports are key factors in a long and healthy life. That is why we support numerous sports clubs and events held by sports associations. find out more

atmosfair is a climate protection organization with a focus on travel. They actively protect the climate, among other things by offsetting greenhouse gases through renewable energies. With the climate protection contribution, PROTEMA supports the expansion of renewable energies in countries where they still hardly exist - especially in developing countries. This is intended to save CO₂ emissions that would otherwise have been generated by fossil energies in these countries. At the same time, local people benefit because they often gain access to clean and constantly available energy for the first time, a must for education and equal opportunities.

We support DKMS in the fight against blood cancer, with the aim of advancing the vital work of registering potential stem-cell donors. The ongoing process of adding names to the DKMS donor registry is extremely important, as every new registered donor increases the possibility of finding a potential life-saver.

Every five minutes, a person dies of sudden cardiac death. For this reason, also thanks to the financial support of PROTEMA, a defibrillator was hung in the Königin-Olga-Stift Gymnasium Stuttgart. With this device, the life-threatening ventricular fibrillation of the heart can be interrupted by a targeted electric shock. Five to Eight Minutes - During this period, cardiopulmonary resuscitation and defibrillation must be used to restore blood and oxygen to vital organs. We are happy to show responsibility: in an emergency, every minute counts!

PROTEMA has lent its support to SOS Children's Villages since 2004, sponsoring a number of children around the world. Thanks to its help, they have roofs over their heads where they can grow up safely, go to school and later have the opportunity to do an apprenticeship.

We also support the Tara SOS clinic in Togo with an institutional sponsorship. This clinic is helping to ensure that medical supplies get through to many people in surrounding villages.

"Cantinho do Céu", or "A Little Piece of Heaven", is a daycare center with an elementary school and a high school in northeastern Brazil. There, roughly 180 children from the favelas of Aracaju are supplied with the essentials: food, clothing, education and loving care. We are a sponsoring member of Förderverein Stückchen Himmel e.V., an association that supports the project, and help to give the children growing up there a chance of a better future.

The TMS & Friends EAGLES Golf Cup is a golf tournament organized by the company TMS Metall- und Stahlbau, which takes place once a year near Trier. The proceeds of the tournament as well as the sponsorship money are donated to charity.

In 2017, our donation was forwarded to the Dr. Ilse Maria Ehmann Stiftung, a foundation for family-like living and the promotion and care of people with disabilities. In 2018, PROTEMA's contribution was donated to Kinderschutz München for the benefit of "Paulihof - Healing Pedagogy with Animals".

Conserving intact habitats and protecting wild plant and animal species are among the WWF's primary goals. The WWF is one of the largest conservation organizations and has been working for over 50 years to protect biological diversity in more than 100 countries.

Conservation concerns us all. As a sponsoring member, PROTEMA is making an important contribution to efforts to attain specific conservation goals. By sponsoring lynx in Germany, we are also taking responsibility for protecting a species on the verge of extinction and transforming land into conservation areas to give the animals a safe habitat.

aktionkinderschutz e.V., a campaign for the protection of children, has organized a project to prevent sexual abuse of children that involves equipping elementary schools, including in Stuttgart, with teaching material aimed at helping to stop child sexual abuse. PROTEMA recently supported the project by donating 50 books. These resources are intended as an enjoyable way to help children to learn to be wary – but not over-anxious – so as to identify potential dangers and have the courage to talk about unpleasant incidents.

The Freunde und Förderer of the Baden-Wuerttemberg Cooperative State University (DHBW) supports DHBW in the realization of numerous projects, activities and events in order to promote, among others, relations between the university, students, alumni and employees as well as the exchange of knowledge and experience. As a close partner of the DHBW, we are pleased to have been able to support the association financially for many years.

The Bosch Boxberg Klassik is an annual classic car rally held by Bosch that captivates both young and old. It is a great event every year, with an exhibition, an extensive range of supporting attractions and a rally featuring up to 200 participants. PROTEMA has supported this classic car rally for several years, both as a sponsor and as a participant.

Having secured fourth place in the World Gliding Championships and second place in the German championship, Matthias Sturm is the star pilot at the Luftsportverein Schwarzwald flying club. The gliding club, based at Winzeln-Schramberg Air Field, offers an extensive range of aerial activities. From gliding and pleasure flights to flying lessons, there is something there for every flying enthusiast. PROTEMA supports the LSV Schwarzwald club in its endeavors to couple a culture of achievement with a sense of fun and to give just as much help to young people taking up gliding as to seasoned pilots.

The TC Weinstadt-Endersbach e.V. organizes a two-day youth tournament for U14 and U18 players from Württemberg. PROTEMA is very concerned about the development of young talents and therefore supports the tennis club as main sponsor for the tournament and presents the PROTEMA Tennis Trophy to the venerable winners.

In addition to the activities mentioned above, PROTEMA has supported a number of other projects, initiatives and areas in recent years. Here are a few of them:

For many years, PROTEMA has supported the Blindenwerkstätte disability services organization in Kornwestheim with the goal of enabling people with physical disabilities to do meaningful work. Sponsoring social institutions and thereby having the opportunity to help to improve people's circumstances are very important to us.

PROTEMA sponsored the student Educ Eco 2017 Team of the Technical University of Munich. We are particularly interested in helping talented young people to explore efficient and environmentally friendly solutions. The students are working on devising, designing and building a highly efficient electric vehicle. With this prototype, the 40 or so students of various technical disciplines will face the best teams from other universities in international competitions. With our donation, we have made a contribution to helping the younger generation and making it possible for the students to experience efficiency and environmental awareness up close.

El Salvador and Nicaragua are two of the poorest countries in the western hemisphere and are plagued by natural disasters, poverty and crime. A film project entitled "El Salvador und Nicaragua - Auf dem Weg in eine bessere Zukunft?!" [El Salvador and Nicaragua – on the Road to a Better Future?!] explains the situation there and introduces several successful humanitarian projects carried out by the Lutheran church. For example, the church's aid has resulted in the provision of ovens to improve quality of life for the locals. Other small-scale actions, such as planting trees and constructing wells and dams, constitute attempts to channel and collect the large quantities of water that occur during the rainy season.

The film project originated as part of the media and communications course at Baden-Württemberg Cooperative State University (DHBW) and is supported by the Verein der Freunde und Förderer DHBW, an association of friends and sponsors of DHBW. PROTEMA's aim with a financial grant for the film project was not only to support the students but also to raise awareness of the tough conditions in the two Central American countries. PROTEMA even had a dedicated helping hand at its disposal in the shape of a student on a work-study program who was a member of the film project team and has since graduated.

FSV Berga, a sports club in eastern Thuringia, was among those suffering as a result of the disastrous flooding. We therefore got involved by donating to the project to rebuild the clubhouse and sports fields.

As a member of the sponsors' club, PROTEMA supported successful Austrian handball club ALPLA HC Hard. In addition to numerous other accomplishments, the "Red Devils from Lake Constance" won the Austrian championship in both 2003 and 2012. Their successes provide motivation for children and young people to get involved in sports and join clubs.

Education does not start at school. That is why PROTEMA helps even the youngest in our society. Our donation to kindergartens in Unterreichenbach and Kapfenhardt has gone towards resources such as sofas for reading.

The KinderSpielStadt Stutengarten play camp in Stuttgart offers a way for children to be introduced to political, economic, social and cultural life while having fun at the same time. With our donation, we were able to make a contribution to helping the younger generation and making it possible for them to discover interests in particular professions while encouraging social cohesion.

PROTEMA supported the successful women's basketball team of MTV Stuttgarts. The team is currently playing in the regional league and has enjoyed plenty of success. Our sponsorship helps MTV Stuttgart to maintain its outstanding performance by encouraging not just younger players but also the top athletes in our society.

In 2014, PROTEMA took part in a sponsored run for Neckar Realschule in Nürtingen and passed on the donations that it received. In doing so, we contributed to the popular all-day program at the school, which gives schoolchildren the opportunity to engage in enjoyable leisure activities once they have completed their homework.

It is extremely important to us to be able to play an active part in improving the health and the financial and social situations of people in Africa. That is why we supported a project run by Stiftung Entwicklungs-Zusammenarbeit Baden-Württemberg (SEZ – Baden-Württemberg Foundation for Development Cooperation) with a donation in time for Christmas 2013. The donation was put towards the construction of an elementary school in Silgo, Burkina Faso.

The PROTEMA approach:
Consulting out of one hand 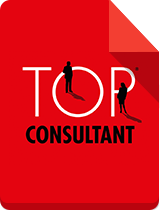 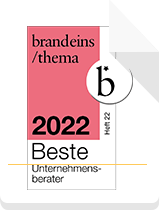 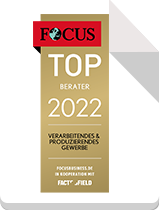 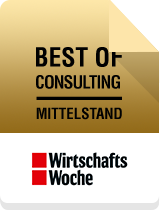 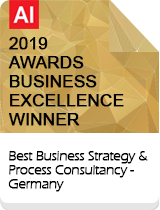 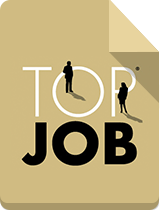 Do you want
to know more?